Statue of St. Cajetan, at the St. Peter Basilica, in Rome 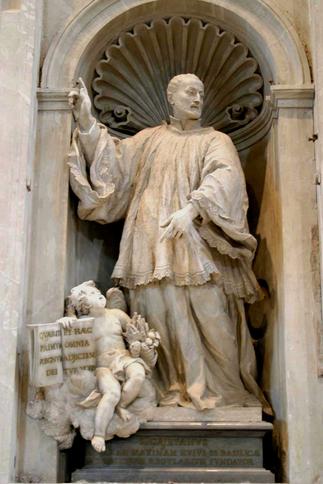 Our Lady of Purity, painting by Luis de Morales, at the Chapel in the Basilica Sant'Andrea della Valle of the Theatines in Rome. 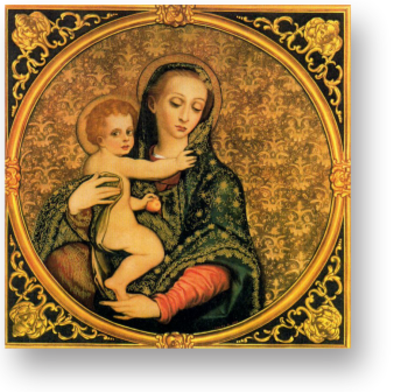 Do you know who the Theatines are?

St. Cajetan was born of a noble family in Vicenza, Italy. He was the youngest of three sons born to Don Gaspar di Thiene and Dona Maria di Porto.

He studied civil and Canon Law at the University of Padua and moved to Rome where he worked in the Court of Julian II. He assisted at the fifth Council of the Lateran. He was ordained a priest and became part of the “company of Divine Love.” In 1518 he returned to Vicenza. After the death of his mother, he dedicated himself to the founding and directing of hospitals to treat the syphiletics in Vicenza, Verona, and Venice.

In 1524, with Juan Pedro Carrafa, Bishop of Chieti, he founded the Clerics Regular who later would be called the Theatines. Tortured during the plunder of Rome in 1527, Cajetan later returned to Venice where for three years he directed the Religious Institute he had founded. In 1533, he transferred to Naples where he would die fourteen years later in 1547. It was in this city that he planted the yeast of reform that made him worthy of the devotion with which the Neopolitans have always awarded him. In 1629, Urban VIII authorized public worship to Cajetan, and on April 12, 1671, Clement X inscribed him in the catalogue of Saints.

St. Cajetan is the “Heart” of the Catholic reformation, the founder of the Clerics Regular (Theatines) and the “Great Man and Great Saint” that Christians acclaim as “The Father of Providence” for he aids those who invoke him in their needs with great miracles.